As I sit here, lamenting over the fact that I am currently at work and regretting not taking three days of vacation time in order to sit at home knitting, I remind myself that there is a mere three hours left before I am off again for another 4 day break.

Christmas was infinitely better than I thought it would be, celebrating with just the three of us, but embracing the friends and (sort of) family that we do have in town. In the days leading up to Christmas, we packed in as many of the activities that I intended for us to do in the month of December. We went to the Springs Preserve to see their lights and decorations. They called it something along the lines of an "extravaganza" and although an extravaganza it was not, it was still lovely and chilly, so the two Chicagoans that we are were happy to bundle up ever so slightly. 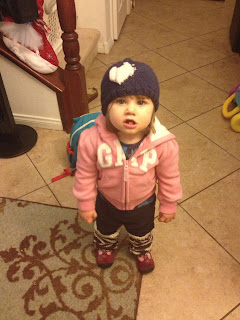 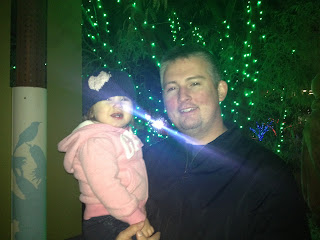 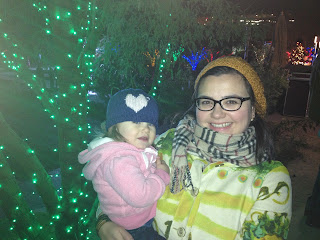 On Christmas Eve day (could we pick a worse time? I suppose we could have, going on Christmas Day itself...) we decided to venture down to the Strip for the first time in what felt like ages and play tourist in our own city. The Bellagio has a "Conservatory" of plans and flowers, whose themes switch monthly. Last year, we delayed our venture down to the strip to January, so we missed the Christmas display but saw the Chinese new year display. This year, I wanted to make a point to see the Christmas flowers and decorations. We were not disappointed, and it was actually really beautiful and worth braving the crowd. 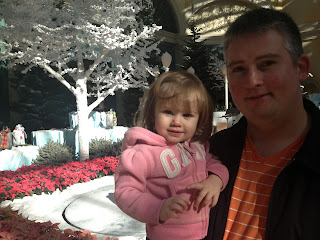 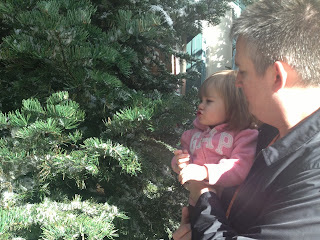 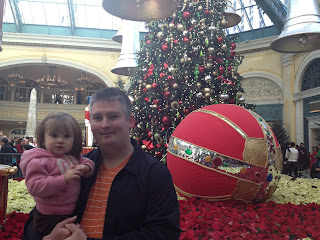 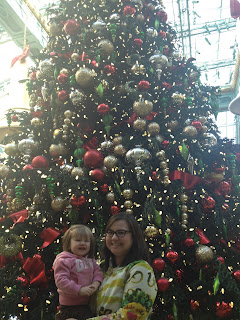 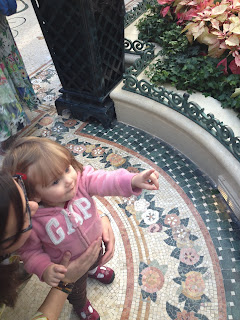 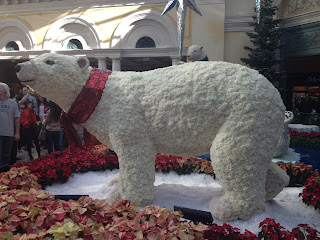 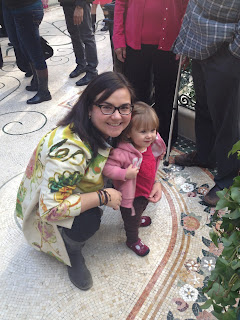 We spent Christmas Eve dinner with my sort of cousins, having a grand old Filipino time and playing Christmas Eve Bingo, where I won $32. Being as tipsy as the strange sparkling red wine I was drinking would allow, the three of us still had an excellent time. 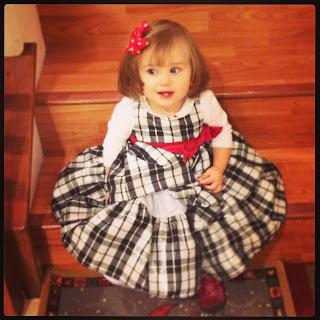 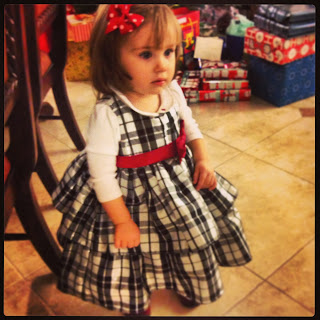 Christmas Day was chock-full of toddler presents. Clothes, toys, and more clothes. Of course we had bought some of them, but so many came from far away family, that it made us feel not at all on our own for Christmas. Plus, when there is a toddler involved in Christmas, it's hard to feel lonely or isolated, since she just brings so much joy and excitement. Everyone spent the day playing with their toys (B watched a Blu-Ray while wearing his spanking new slippers, Mia played with her musical castle and grocery cart and register, and I made and drank an excellent cup of coffee out of my Keurig). 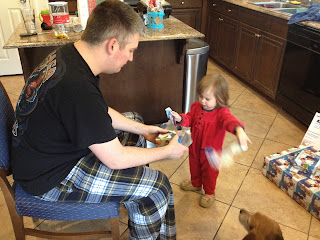 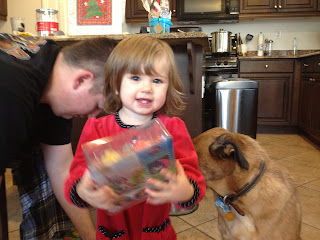 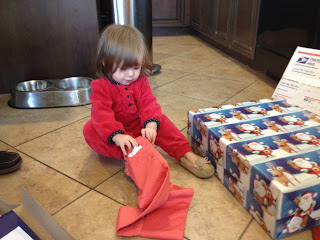 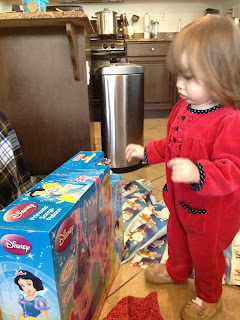 I hope everyone else's holiday was excellent, too!
Posted by Frenchie at 1:31:00 PM 1 comment:

There are no words. I worked from home on Friday, so I had the television on and learned about the shooting in Sandy Hook very early in the day. Alone in my house, with my daughter in a bright happy daycare, I watched and listened. I cried in the shower, thinking of my storage closet with the gifts from Santa waiting to be wrapped and put under the tree. Realizing that those poor parents probably had the same stash.

I can't and won't write more on it. Whatever I start to write sounds trite. But this morning, as my healthy and happy daughter sat in my warm lap, on my bed for 10 minutes watching morning cartoons, I didn't want to interrupt these few minutes of peace to go about with the rest of our morning routine. Her sweet smelling hair, the feel of her chubby belly under my arm, the softness of her cheek against my neck. I appreciate these more than ever, and I promise that I will remember to appreciate her, always.
Posted by Frenchie at 10:30:00 AM No comments:

Well, our house is really coming together. Living in a house has a way of making you feel so very grown up. B and I have found ourselves being much more domestic after work than we had ever been before. It might be a combination of finally getting out of the apartment we now realize was a shit hole, and being excited about living in a new place, but whatever the reason, I like it. Hopefully this isn't a "for now" situation, but we have been very on top of dishes, cleaning up after dinner, etc. Downstairs, we are fully moved in. Except for the intention to paint over the white walls, which I would like to do immediately but I digress. 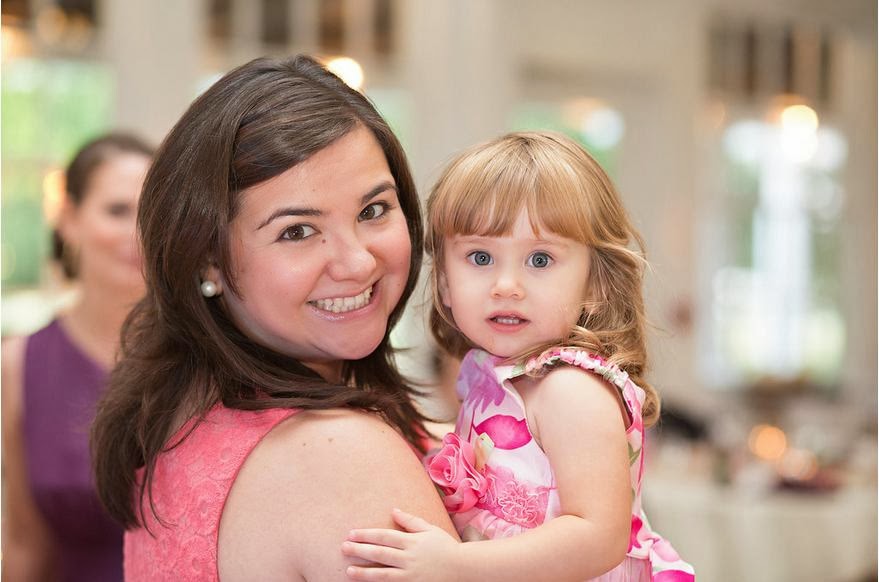